We have been Missing the Point 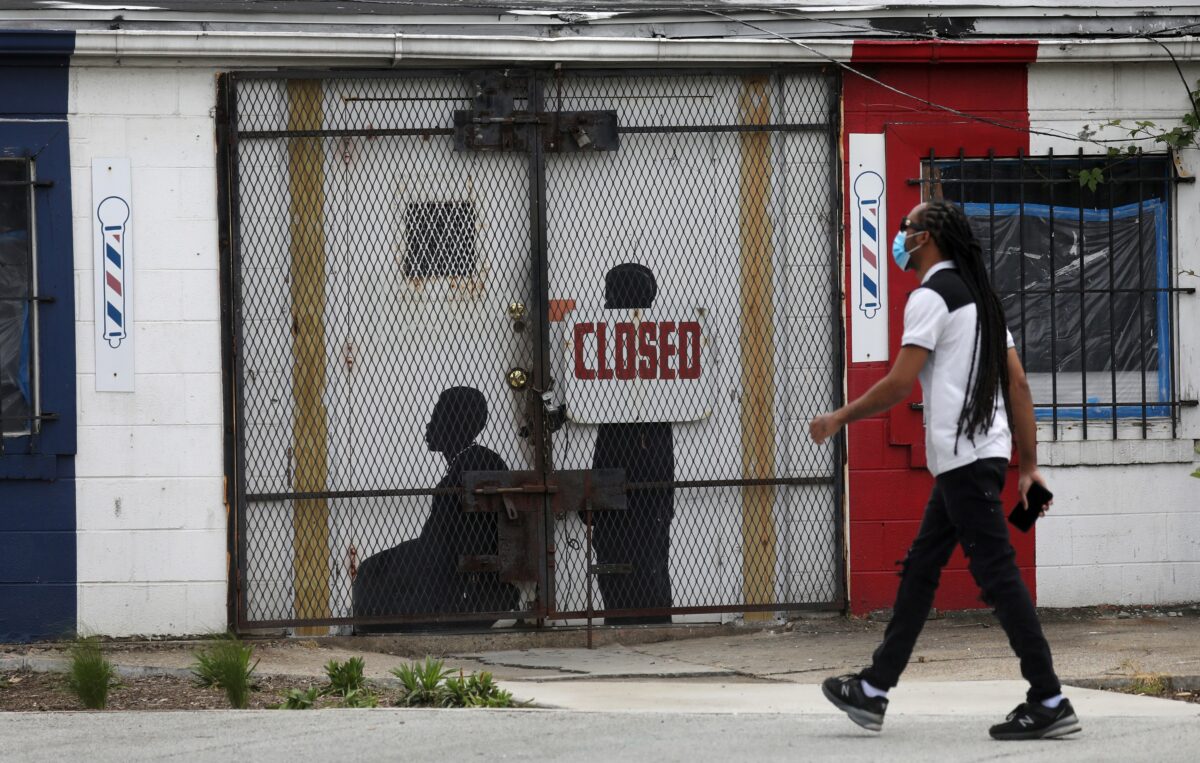 We are missing courage; we are missing hope. Don’t let fear ruin your daily life. Don’t give up, and don’t give in to propaganda and politics. Officials initially operated on the worst-case scenario. As more science and data has come in, some politicians are ignoring it to the detriment of our society. We need to move ahead and get back to living. The COVID-19 pandemic isn’t what was once thought. However, many politicians don’t care, and we are missing the point.

Remember 15 days to slow the spread? We are months into an unprecedented lockdown . You can visit a casino, but you can’t head to church? Why are smaller businesses, the driver of our economy, being devastated while big corporations like Home Depot and Amazon are open and thriving? Why are millions of people still unemployed? Why are our children being denied a decent education—to protect union teachers while each goes shopping at the local Costco or Target? How does some of this make sense?

This has become a media- and politically fabricated crisis—with the goals of undermining faith in the Trump administration, creating fear, and intimidating people who question big government decisions and the alleged “experts. ” Political operatives are exploiting COVID-19 at the expense of our citizens.

The number of positive cases, not the number of deaths, is driving media hysteria—it’s political propaganda. Deaths have already been going down significantly, but positive tests are going up. Why? Because the United States has done over 70 million tests. However the tests are too sensitive and painful to accurately predict symptoms and spread. According to a recently available Ny Times article , possibly 90 percent of people testing positive are not infectious, making testing questionable.

The negative consequences of wearing masks are known, and the reason why the CDC did not recommend people wear them initially. Only after media pressure, and government efforts to show they were “doing something, ” did “mask shaming” become popular. And, incidentally, shaming didn’t come until after the peak of the herpes virus.

Hospitalizations are down significantly. Treatments will work for many. Every serology study shows the virus is a lot more widespread than originally thought—therefore far less deadly.

As of the latest numbers, COVID-19 has about 0. 055 percent mortality relative to the U. S. population, with some minor rise expected by the end of the entire year. An estimated 0. 05 percent of the U. S. population died of the Hong Kong Flu in the late 1960s, about the same as a previous major flu outbreak in the 1950s. The median age of death for COVID-19 is over 80 years; life expectancy in the United States is 78. Ninety-four percent of deaths were people with “significant” additional health concerns, mostly for all those over 60. Less than 10, 000 deaths were reported as COVID-19 with no additional health issues.

If you’re under 50, you’re more likely to die in a vehicle accident driving to work than from COVID-19. If you are under 18, you’re more likely to die from choking on a hot dog or suicide than from COVID-19. But our schools are closed? Our most vulnerable families—the poorest children—are isolated in the home, with limited (if any) internet, no support, or with parents who are losing their jobs. According to CDC statistics , domestic abuse is increasing and suicide is up, especially among our young. One in four 18 to 24-year-olds surveyed considered the ultimate escape from fear and pain. How do local leaders allow the shut-downs to continue with these facts?

Panic is rampant; hate is exploding on our streets, especially in states and cities governed by progressive politicians by using this crisis to keep power. Most conservative-led states are open, or have been much more effective in protecting the susceptible.

So why are we still locked down? Simple. It’s politics. Some governors are keeping the healthy under tyranny , and allowing hate to achieve the streets.

The point: The media, political opportunists, and unelected health officials are creating unbelievable economic harm and an intolerable life in America on the questionable argument of more positive cases—this must be stopped. Politicians and administrators should be held accountable. It will not end until enough people operate and tell those who are by using this crisis as a political weapon, enough!

For those at risk, it’s smart to take personal responsibility as you would with any illness. Don’t wait for a vaccine—it probably won’t work—no vaccine has ever eradicated a coronavirus ; they mutate. But shutting down healthy people’s lives makes no rational sense. Life is filled with risk; there are no guarantees—we must live our lives. This entire episode is chock-full of ignorance, deceit, and propaganda, and it’s dividing America. Courage over fear; hope over hate. Elect leaders who support freedom over oppression.

Lt. Col. James McKinney is a retired U. S. Army Foreign Area officer with more than 30 years of service in strategic, tactical, and special operations assignments around the world. He served as a senior defense official and defense attaché, the deputy chief of combating terrorism for U. S. Pacific Command, the security assistance officer for U. S. embassies in Albania and the Republic of Georgia, and a political-military adviser to the commander of U. S. Army Central in the Middle East. He’s now a consultant, and serves on the board of Saturna Capital.

Views expressed in this article are the opinions of the author and do not necessarily reflect the views of The Epoch Times.

‘Don’t Let It Dominate You’: Trump Says of COVID-19 Right after Leaving Hospital

Using Stories to Mentally Survive as a COVID-19 Clinician