Using Stories to Mentally Survive as a COVID-19 Clinician 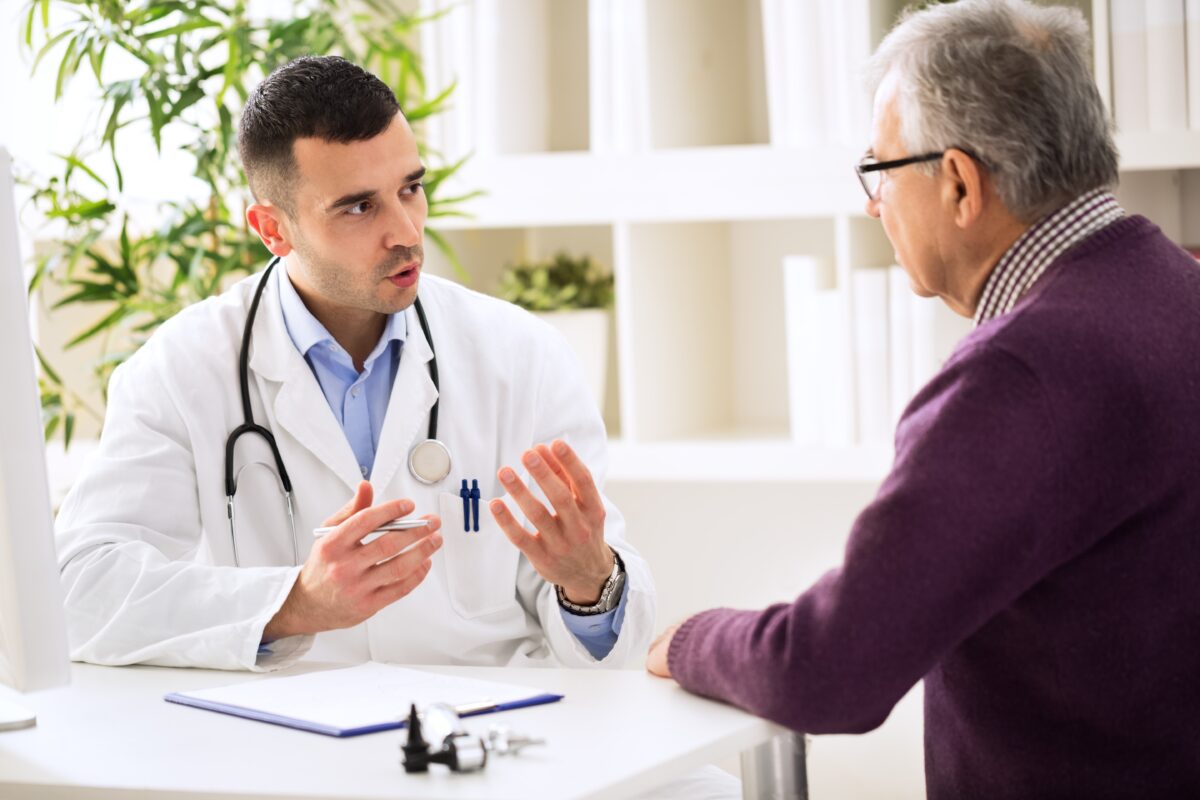 “ She told me, ‘ I’ m terrified I’ m going to get this virus that’ s spreading all over the world, ’ ” and worried that it would hurt her baby, he said of the March encounter.

Travis, who practices at the Los Angeles County+University of Southern California Medical Center, told the woman he understood that she was scared and tried to assure her she was safe and could trust him.

Asking many questions and carefully listening to the answers, Travis was exercising the craft of narrative medicine, a discipline in which clinicians use the principles of art and literature to better understand and incorporate patients’ stories into their practices.

“ How do we do that really difficult work during the pandemic without it consuming us so we can come out ‘ whole’ on the other end? ” Travis said. Narrative medicine, which he studied at Columbia University, has helped him be aware of his own feelings, reflect more before reacting, and view challenging situations calmly, he said.

The first graduate program in narrative medicine was created at Columbia University in 2009 by Dr. Rita Charon, and the practice has gained wide influence since, as evidenced by  the dozens of narrative medicine essays   published in the Journal of the American Medical Association and its sister journals.

Learning to be storytellers also helps clinicians communicate better with non-professionals, said writer and geriatrician Dr. Louise Aronson, who directs the medical humanities program at the University of California-San Francisco. It may be useful to reassure patients— or to motivate them to follow public health recommendations.

“ Tell them a story about having to intubate a previously healthy 22-year-old who’ s going to die and leave behind his first child and new wife, and then, you have their attention.

“ At the same time, telling that story can help the health professional process their own trauma and get the support they need to keep going, ” she said.

This fall, USC’ s Keck School of Medicine will offer the country’ s second master’ s program in narrative medicine, and the subject also will be part of the curriculum in the new Kaiser Permanente Bernard J. Tyson School of Medicine in Pasadena, which opens its doors July 27 with its first class of 48 students. (KHN, which produces California Healthline, isn’ t affiliated with Kaiser Permanente. )

Narrative medicine trains physicians to care about patients’ singular, lived experiences— how illness is really affecting them, said Dr. Deepthiman Gowda, assistant dean for medical education at the new Kaiser Permanente school. The training may entail a close group reading of creative works such as poetry or literature, or watching dance or a film, or listening to music.

He said there’ s also “ real, intrinsic value” for patients because a doctor isn’ t only being trained to care about the body and medications.

“ Literature in the nature is a dive in to the experience of living— the triumphs, the joys, the struggling, the anxieties, the tragedies, the confusions, the sense of guilt, the ecstasies of being human being, of being alive, ” Gowda said. “ This is the education our students need when they wish to care for persons but not diseases. ”

Dr . Andre Lijoi, the geriatrician at WellSpan You are able to Hospital in Pennsylvania, lately led a virtual program for 20 front-line nps who work in nursing homes. 2 volunteers recited Mary Oliver’ s 1986 poem “ Wild Geese, ” which usually reads, “ Tell me regarding despair, yours, and I can confirm mine. Meanwhile, the world continues. ”

Discussing the poet’ s words and phrases helped the nurses reduce their pent-up tensions, allowing them to express their emotions about life and function under COVID-19, Lijoi mentioned.

One player wrote, “ As the planet goes on around me We mourn seeing my ageing parents, planning my daughter’ s wedding, and lacking my great niece’ s i9000 baptism. I wonder, whenever will life be ‘ normal’ again? ”

Dr . Naomi Rosenberg, an emergency room doctor at Temple University Medical center in Philadelphia, studied story medicine at Columbia plus teaches it at Temple’ s Lewis Katz College of Medicine. The self-discipline helps her “ metabolize” what she takes in whilst caring for COVID-19 patients, such as the fear that comes with having to get into patients’ rooms alone within protective gear, she mentioned.

The training assisted her counsel a concerned woman who couldn’ capital t visit her sister since the hospital, like others across the country, wasn’ t enabling relatives to visit COVID-19-infected sufferers.

“ I’ d read stories associated with Baldwin, Hemingway, and Steinbeck about what it feels like to hesitate for someone you love, plus recalling those helped me speak with her with more clarity plus compassion, ” Rosenberg stated. (After a four-day problems, the sister recovered. )

Recently, Schaff led third-year medical students through an essential examination of a journal post that described medicine like a battlefield. The analysis assisted student Andrew Tran realize that describing physicians as “ warriors” could “ market unrealistic expectations and even depersonalization of us as human beings, ” he said.

Something similar happens within the militarized language used to explain cancer, he added: “ We say, ‘ You’ ve got to fight, ’ which implies that if you perish, you’ re somehow an inability. ”

Within the real world, doctors are often concentrated narrowly, devoting most of their own attention to a patient’ t chief complaint. They pay attention to patients on average for just 11 seconds before interrupting them, according to a 2018 study in the  Journal of Common Internal Medicine . Story medicine seeks to change that will.

While hearing more carefully may include one more item to a physician’ s lengthy “ to-do” list, it could also conserve time in the end, Schaff mentioned.

“ Whenever we train physicians to listen nicely, for metaphor, subtext, and much more, they can absorb and operate on their patients’ stories even though they have limited time, ” she said. “ Furthermore, we physicians must control our narrative competence in order to demand changes in the health care program. Health systems should not require 10-minute encounters. ”

Used, narrative medicine has varied applications. Modern electronic wellness records, with their templates plus prefilled sections, can hinder a doctor’ s capability to create meaningful notes, Gowda said. But doctors may counter that by creating notes in language which makes the patient’ s challenges come alive, he said.

The school’ s i9000 curriculum will incorporate a various patient story each week in order to frame students’ learning.

“ Instead of, ‘ This week, you will learn about tummy cancer, ’ we state, ‘ This week, we want you to definitely meet Mr. Cardenas, ’ ” Gowda said. “ We learn about who he could be, his family, his scenario, his symptoms, his worries. We want students to connect healthcare knowledge with the complexity plus sometimes messiness of people’ s stories and contexts. ”

Within preparation for the school’ h opening, Gowda and a friend have been running Friday lunch mindfulness and narrative medication sessions for faculty plus staff.

The particular meetings might include a group, silent examination of a piece of artwork, followed by a discussion and distributed feelings, said Dr . Marla Law Abrolat, a Duradera Medicine pediatrician in San Bernardino, California, and a teachers director at the new college.

“ Teenagers come to medicine with shiny eyes and want to help, a traditional medical education is better than that out of them, ” Abrolat said. “ We would like them to remember patients’ tales that will always be a part of who they actually are when they leave here. ”

This  KHN   article was first released on  Ca Healthline , a service associated with the  Ca Health Care Foundation .

ALL OF US Executes Virginia Gang Great Despite COVID-19 Infection

Completely Reopening Elementary Schools Ought to be Made ‘Top National Concern, ’ Experts Say