1. Cleopatra lived closer to the building of Pizza Hut than the pyramids. 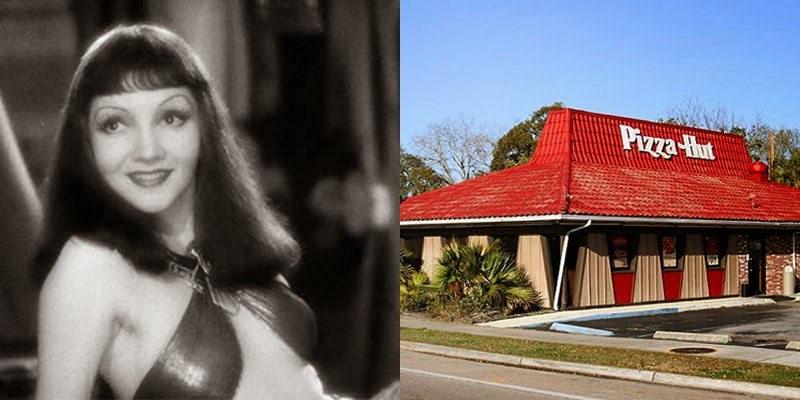 The Great Pyramid was built cerca 2560 BC, while Cleopatra lived around 30 BC. The first Pizza Hut opened in 1958, which is about 500 years closer.

2. Every two minutes, we take as many photos as all of humanity took during the 1800s.

On the left is the first photograph ever taken (1826), View from the Window at Le Gras by French inventor Joseph Nicéphore Niépce. On the right is a cat who accidentally took a picture of itself (2013). It’s estimated that in 2014, humans will take 880 billion photos (not including cats). In fact, 10% of all the photos ever taken were taken in the past 12 months.

blog.1000memories
3. Oxford University is older than the Aztecs. 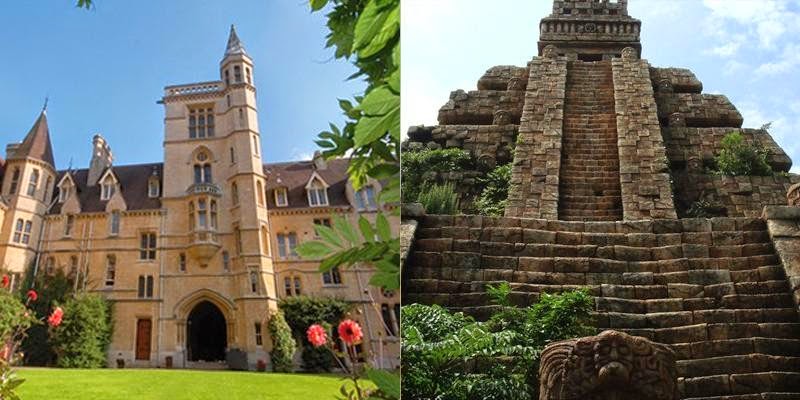 wallpapers87
Teaching started in Oxford as early as 1096, and by 1249, the University was officially founded. The Aztec civilization as we know it began with the founding of Tenochtitlán in 1325.

smithsonianmag
4. Will Smith is now older than Uncle Phil was at the beginning of “The Fresh Prince.” 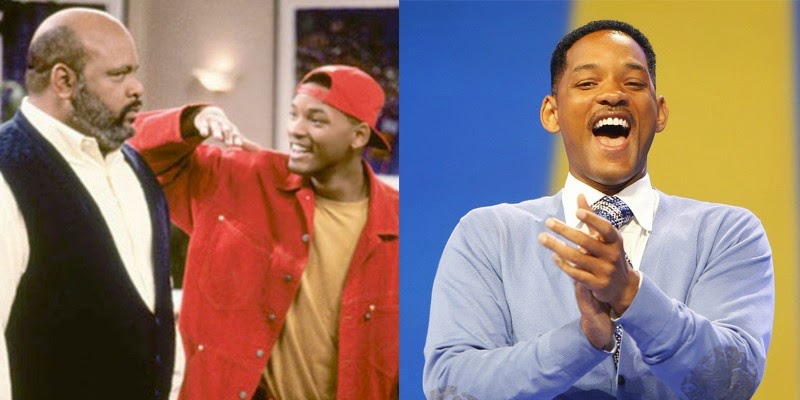 When James Avery (Uncle Phil) started on The Fresh Prince, he was 45-years-old. Today, Will Smith is a slightly older 45.
5. In the span of 66 years, we went from taking flight to landing on the moon.

museumvictoria
In 1903 the Wright brothers successfully flew a plane for a whopping 59 seconds. 38 years later, in 1941, the Japanese used flight to bomb Pearl Harbor. Only 28 years after that, Apollo 11 landed on the moon in 1969.
6. There is more processing power in a TI-83 calculator than in the computer that landed Apollo 11 on the moon. 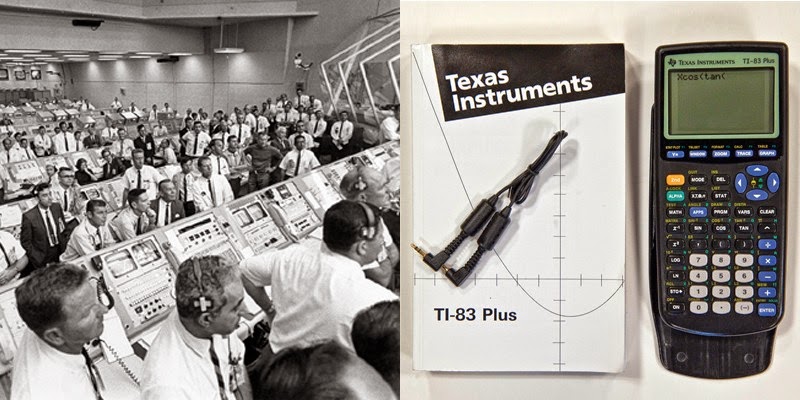 audacity
The guidance computer from the Apollo 11 mission ran at 1.024 MHz, about 1/6th of the processing power of a TI-83 calculator. One is used by students to play Tetris, the other took humans to the moon.
quora

7. The oldest living person’s birth is closer to the signing of the Constitution than present day. 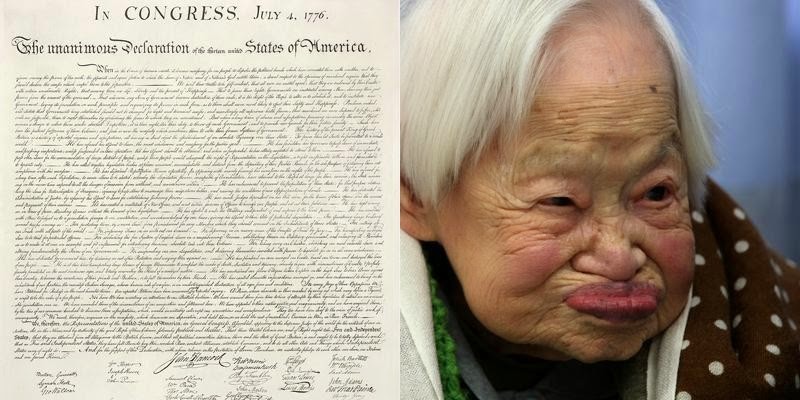 zimbioMisao Okawa was born in 1898, an astonishing 116 years ago. The Constitution was signed in 1787, which makes her life 4 years closer to the historic Philadelphia convention than to today.

9. The first pyramids were built while the woolly mammoth was still alive. 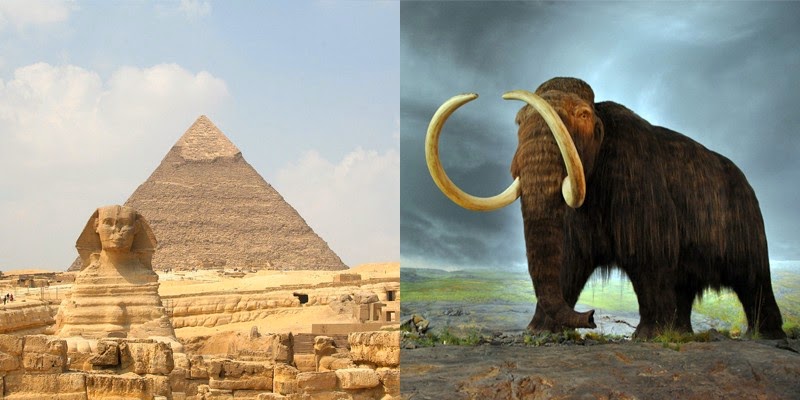 While most mammoths died out long before civilizations arose, a small populations survived until 1650 BC. By that point, Egypt was halfway through its empire, and the Giza Pyramids were already 1000 years old.
10. The fax machine was invented the same year people were traveling the Oregon Trail. 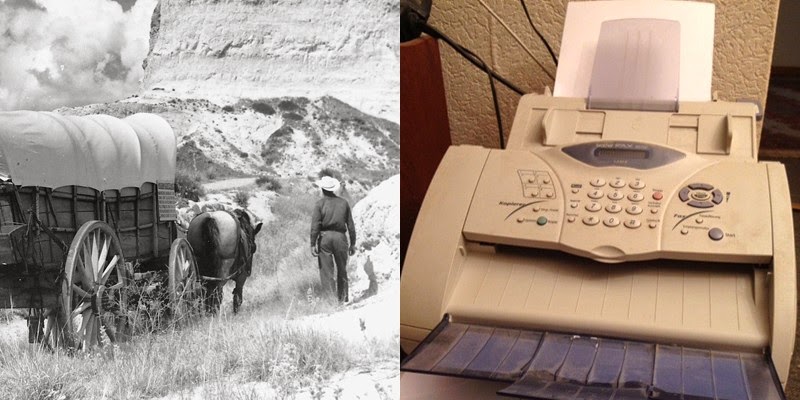 The first fax machine was developed by Alexander Bain in 1843, meanwhile The Great Migration began across
America.
11. France was still executing people by guillotine when Star Wars came out. 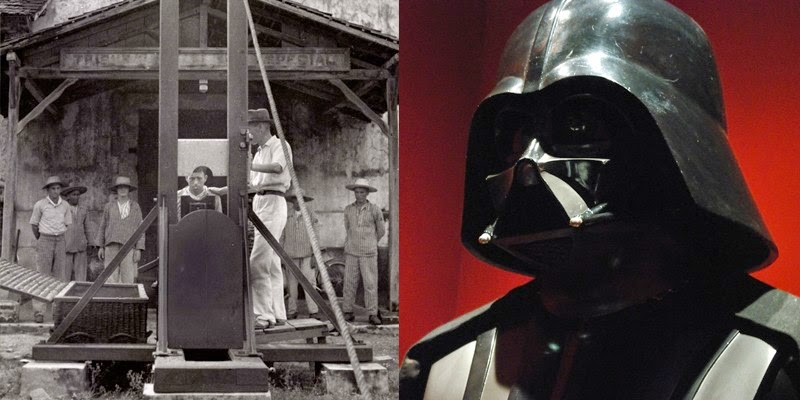 Star Wars premiered in theaters in May 1977. The last execution by guillotine took place September 10th of the same year. 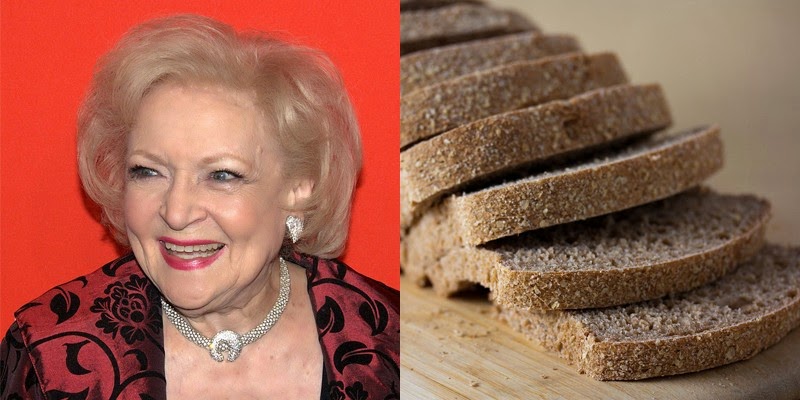 Otto Frederick Rohwedder invented sliced bread in 1928, while Betty White was born in 1922. Bread had existed prior, just not in the pre-sliced form.
13. This is what the difference in Olympic Gold looks like across 56 years of women’s vault.

14. Everything in this 1991 RadioShack ad exists in a single smartphone. 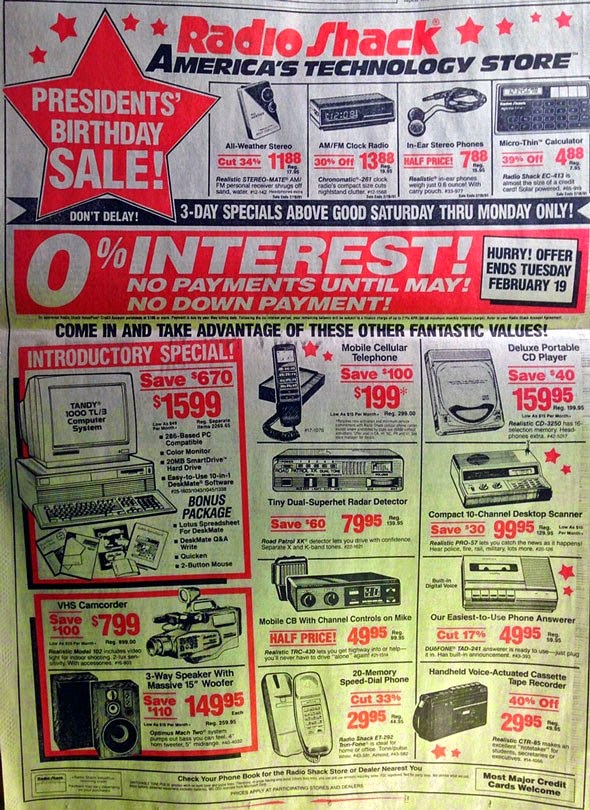 Gordon Moore, co-founder of Intel, stated that over the history of computing, the number of transistors on circuits doubles approximately every two years. Moore’s Law has held true for over 40 years and successfully predicted our incredible advancement in mobile technology.

15. When Warner Brothers formed, the Ottoman Empire was still alive.

Harry, Albert, Sam, and Jack Warner opened their first theater, the Cascade, in New Castle, Pennsylvania in 1903. Meanwhile, the Ottoman Empire spanned from 1299 to 1923, when Turkey became an independent nation.

16. Harvard University was founded before calculus was derived.

Harvard is the oldest higher education institution in the US, founded in 1636. Calculus wasn’t derived until later in the 17th century, with the work of Gottfried Leibniz and Isaac Newton.

17. The last time the Chicago Cubs won a World Series, women were not allowed to vote.

The infamous cold streak by the Chicago Cubs baseball team extends back to 1908, when they won their second World Series. Women in the US acquired the vote in 1920.

18. Humans never fully experience the “present” – we’re always living in the past. 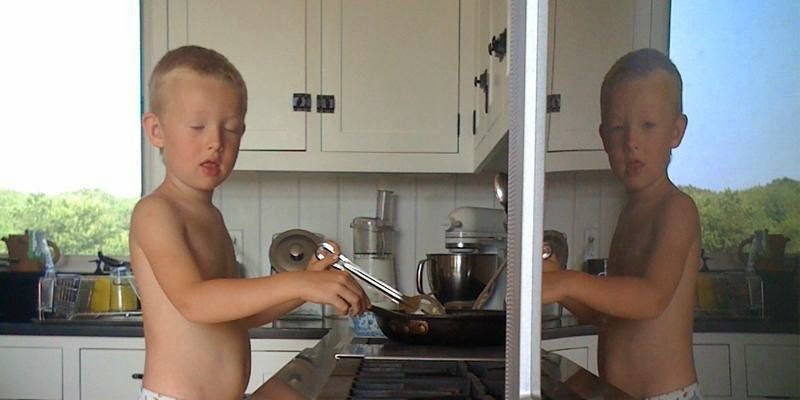 Every human being is living at least 80 milliseconds in the past. David Eagleman believes that our consciousness lags behind actual events and that when you think an event occurs, it has already happened before your brain has a chance to create a cohesive picture of the world. 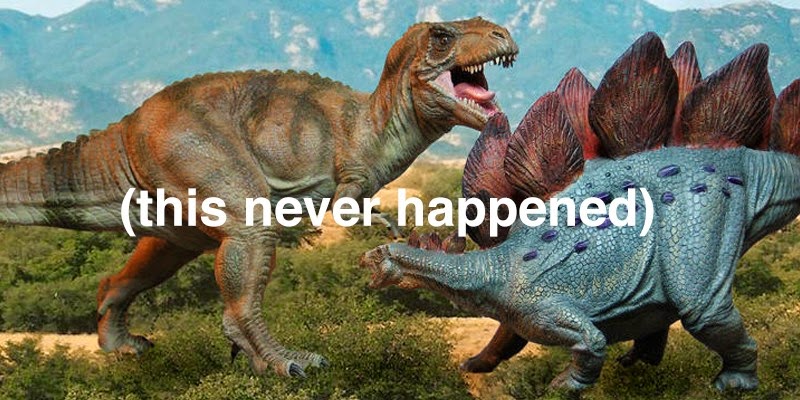 20. If you’re over 45, the world population has doubled in your lifetime.

21. There are whales alive today who were born before Moby Dick was written. 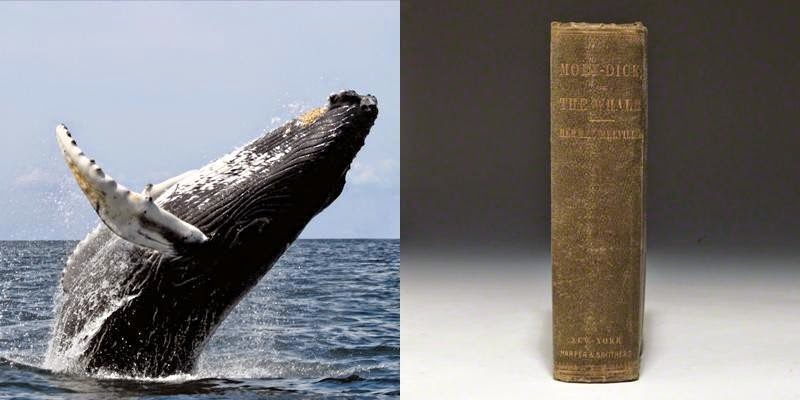 wikimediaSome of the bowhead whales living off the coast of Alaska are well over 200 years old. They were born well before Moby Dick was written in 1851.

22. If the history of Earth were compressed to a single year, modern humans would appear on December 31st at about 11:58pm.

airandspaceThe human race has lived on Earth for only 0.004% of the planet’s history.

23. If that’s not enough, this is what’s happening in the world at this very moment.

This brilliant comic by artist XKCD is called Frequency. It’s one thing to talk about time…it’s another thing to feel it.
Our obsessive fascination with time is unique to the human race. Although we’ve tried to measure it, track it, and define it since the dawn of civilization, facts like these show us how inaccurate our perceptions can be and how much we have yet to learn about the fourth dimension. Share this post with others and enlighten them about time!

10 Super Hilarious Parenting Memes That Every Parent Can Relate To

20 Misspelled Tattoo Fails You Can Laugh At