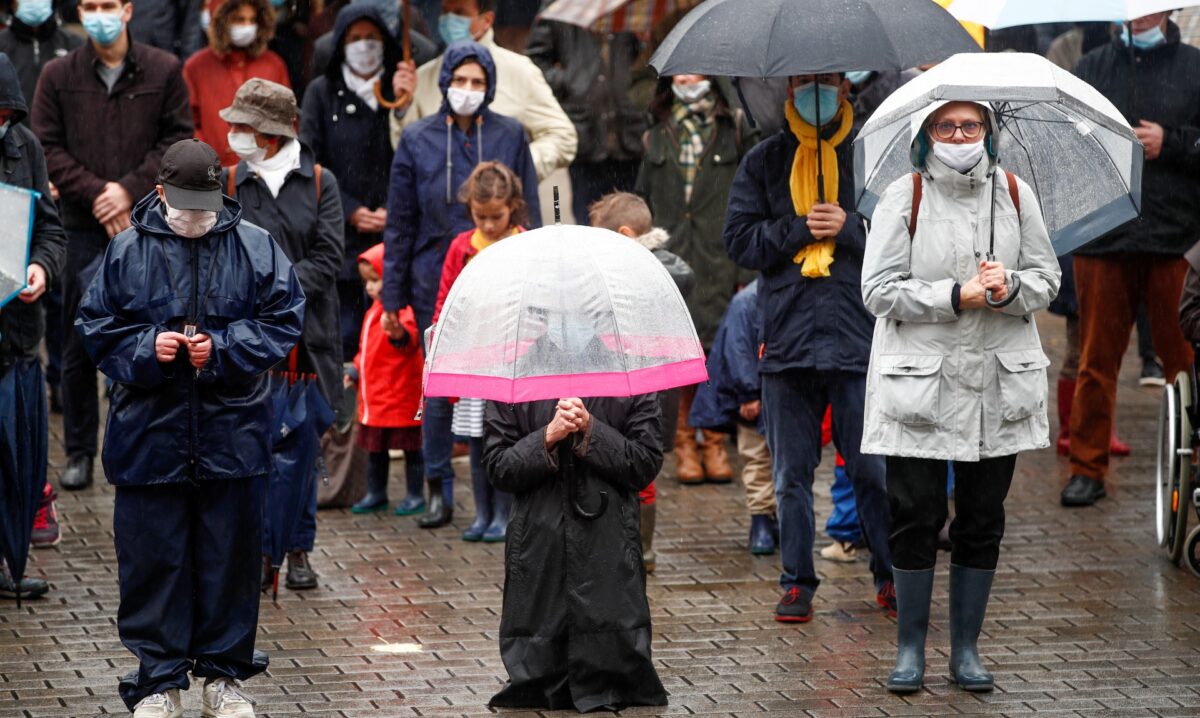 NANTES, France—Catholics held an open air bulk in the western French associated with Nantes on Sunday in order to protest against COVID-19 restrictions, under which world are banned in church buildings.

Some Catholics also gathered by the St Louis Cathedral in Versailles, near Paris, but law enforcement banned a demonstration prepared by Catholics in the funds.

In Nantes, which is home to one associated with France’s best known cathedrals, lots of people, wearing face masks, knelt down with umbrellas in pouring rain in order to pray in the central Graslin Square, and to support demands public masses to continue.

Duchesne said the particular masses should resume given that churches and cathedrals can easily adopt COVID-19 hygienic protocols, such as by having enough spaces between worshippers.

As part of a lockdown that came into effect on April. 30, large public events in all religious venues are already banned.

Within Paris, police stepped upward controls over the weekend to ensure inhabitants were complying with lockdown rules.

Hospitalizations for COVID-19 Continue to Fall in Orange County