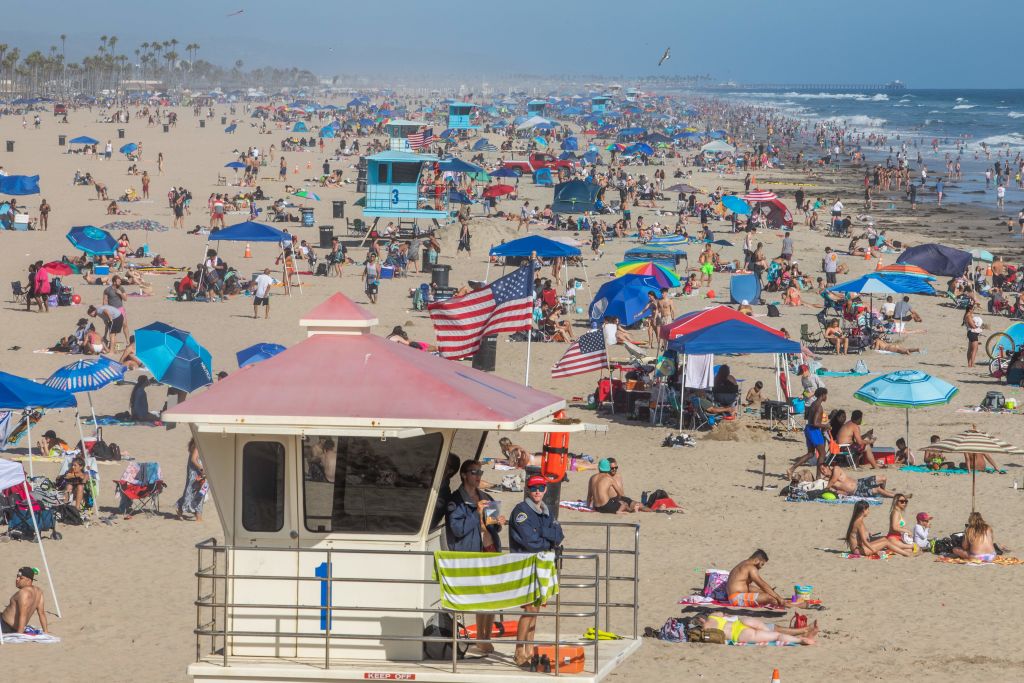 SANTA ANA, Calif. (CNS)—With COVID-19 cases spiking and several cities already opting to close their coastlines for the Fourth of July holiday, Orange County officials announced July 2 that its beaches will be closed on July 4 and July 5.

County CEO Frank Kim and Supervisor Lisa Bartlett both confirmed that the beaches will be closed for the holiday and the following day.

The cities of Newport Beach, Laguna Beach, Huntington Beach, and Seal Beach had already announced plans to close the beaches for the holiday in light of spiking numbers of COVID-19 cases.

In Newport Beach, the decision to close beaches—from 10 p.m. on July 3 to 6 a.m. on July 5—followed news that two seasonal lifeguards in the city had tested positive for the CCP (Chinese Communist Party) virus, commonly known as the novel coronavirus. Nearly two dozen others were placed in quarantine.

Mayor Will O’Neill said some of the other lifeguards were showing symptoms. He noted the fastest growing demographic of infected patients are in their 20s and 30s.

“They’re going to bars, going to house parties, not doing a great job of social distancing,” O’Neill said, adding that he hopes they will now “take this seriously” as officials have to retreat on business and beach activity.

“I cannot in good conscience add more onto our lifeguards,” he said. “We just can’t responsibly ask our lifeguards to do more with less.”

O’Neill also implored beachgoers to stay away during the holiday weekend.

“Don’t make our lifeguards and police chase you off,” he said. “This is a hard enough year. … This is a time we step up to where we need to be.”

The Huntington Beach City Council voted in an emergency meeting on the night of July 1 to close all city beaches, Huntington Harbor beaches, Sunset Beach, and the Pier on July 4.

Seal Beach’s City Council voted to close its beaches and parking lots from 6 p.m. on July 3 through July 5 at sunrise.

The beach closures follow a July 1 county order closing all bars in the city, an order that was also put in place later in the day by Gov. Gavin Newsom affecting 19 counties, including Orange County.

The county order affects all bars, pubs, breweries, and brew pubs that do not offer dine-in meals. Establishments serving dine-in food can only sell alcohol in the same transaction as a meal.

The closure order was expected ahead of the holiday weekend, given similar action already taken in surrounding counties of Los Angeles, San Diego, and Riverside.

Orange County officials expressed concern that if they did not act, the county would become a magnet for holiday revelers from across Southern California.

“While we would prefer not to close bars at this time, many of our neighboring counties have closed their bars, and it’s important to take precautions to ensure the safety of the general public,” Orange County Supervisor Michelle Steel said in a July 1 statement.

Orange County Supervisor Andrew Do said he agreed with O’Neill that beaches are not a primary cause of the spread of COVID-19, but because all the other surrounding beaches are closed, as well as other forms of recreations such as bars and restaurants, it makes sense to close the county’s beaches so they are not overrun.

The week ending June 27 was the deadliest of the pandemic in Orange County, with 56 deaths reported. Since June 28, the county has reported 22 fatalities.

The Epoch Times refers to the novel coronavirus, which causes the disease COVID-19, as the CCP virus because the Chinese Communist Party’s cover-up and mismanagement allowed the virus to spread throughout China and create a global pandemic.