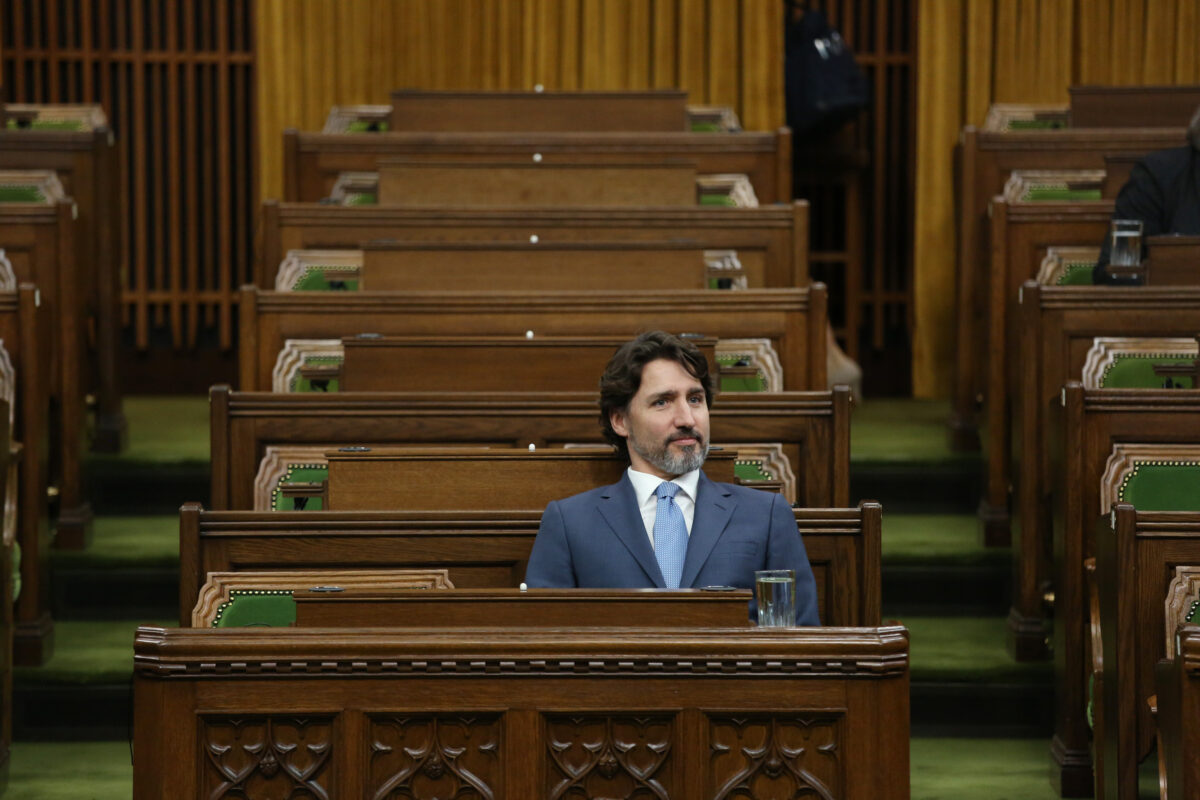 OTTAWA— Prime Minister Justin Trudeau is suggesting the House of Commons could resume business during the COVID-19 pandemic using a “ hybrid” model, in which some MPs are physically in the chamber while others participate virtually.

Trudeau suggested he is open to the idea Wednesday as the governing Liberals were in the midst of negotiations with the four main opposition parties to determine in what form Parliament may or may not return next week.

“ I think there’ s a lot of interest in a hybrid Parliament model where some people will be there in person, where others will call in via videoconferencing screens, ” Trudeau said.

“ I think there are ways of making it work and ensuring that MPs from every corner of the country get to participate and make sure their citizens are reflected in the debates that go on in Parliament and not just those who live in the National Capital Region.

“ Obviously, these are discussions that continue but there are models that are effective out there that we should look at adapting for Canadian use. ”

He noted that the United Kingdom has adopted a hybrid model to keep its parliament functioning during the pandemic.

Both the Conservatives and NDP are also promoting the idea of a hybrid Parliament.

As the Liberal government expands the financial supports designed to blunt the impact of the pandemic, NDP Leader Jagmeet Singh said his party wants more transparency on where those dollars are going.

He said that’ s what is driving his party’ s point of view in the talks about Monday’ s scheduled return of the House of Commons, which has been largely adjourned since mid-March.

“ To do that we need to get back to a more normal operation of Parliament. ”

A special COVID-19 committee has been sitting three times a week as a stand-in for normal Commons proceedings.

But the pause on normal parliamentary proceedings is set to expire on Monday, unless the four recognized parties in the House of Commons can come to some kind of agreement on how to extend it.

Singh said his party is still fine-tuning its proposal for the talks, but the New Democrats are eyeing a hybrid model similar to what is now being used in the U. K.

“ The principle that we would want to operate on is that MPs are not limited from their access to representing their constituents so that they are able to be in some way representing their people, the people that elected them, ” he said.

The Conservatives also support the hybrid approach, which Singh said has been presented as an option to the Speaker of the House of Commons.

Bloc Quebecois Leader Yves-Francois Blanchet said he thinks a deal can be reached, but he has given the Liberals a list of demands before his party will agree to any modifications to the plan for Parliament.

He said Wednesday his party is looking for improvements to a number of existing support programs, among them those that help with businesses’ fixed costs, as well as the commercial rent subsidy. He also wants the Canada Emergency Response Benefit and student aid programs amended so recipients can also take jobs.

Both the Commons and Senate have met several times to pass emergency aid legislation, doing so in single-day sittings with close to the minimum number of members required under the procedural rules of Parliament.

There are a handful of House of Commons committees still meeting as well, entirely virtually.

The current special committee meets twice a week virtually, and once in person.

A review of the minutes from the first six meetings reveals that Conservative Leader Andrew Scheer has attended three, while Trudeau, Singh and Blanchet have each attended four.

Blanchet said if MPs are going to continue in-person sittings, there needs to be enforcement of the number of MPs present to keep everyone safe.

He said his party isn’ t committed to any particular approach for a return. He noted that there are about four more weeks of Parliament before the scheduled summer break, “ so maybe the easier solution would be the best” — carrying on with the current thrice-weekly meetings of the special COVID-19 committee.

“ I feel the easiest solution is making a strong and trustworthy agreement to go on as we do now but if we do not, it’ s pretty easy also to be here five days a week but in a very limited number of MPs. ”

The Bloc is also demanding that Parliament make up the time it’ s lost during the pandemic, sitting for at least four weeks during the summer. Trudeau did not rule out the idea Wednesday.

By Stephanie Levitz and Joan Bryden

Exactly how Did Qingdao City Finish COVID-19 Testing on Almost 11 Million People in only 5 Days?